Today marks the 100th anniversary of John McCrae’s war poem “In Flanders Fields.”  McCrae, a Canadian writer, artist and soldier/surgeon in the Great War, was inspired to write the poem after presiding over the funeral his friend and fellow soldier Alexis Helmer, who died in battle on the western front (on the Flemish town of Ypres).

Born in Ontario, McCrae began writing poetry while attending the University of Toronto medical school.  He worked as a physician at Johns Hopkins Hospital in Baltimore and the Royal Alexandra Hospital for Infectious Diseases in Montreal, among other places, and served as an artillery subaltern in the Boer War in South Africa, where he was promoted to major.  When Great Britain declared war on Germany in 1914, Canada was brought into the conflict, and McCrae re-enlisted for duty.  He was the first Canadian to be appointed as consulting surgeon to the British Army.

The popularity of “In Flanders Fields,” one of only two poems written by McCrae during the Great War, brought greater attention to McCrae’s writings and helped make the poppy the symbol of remembrance for fallen soldiers.  Here, poppies are more than a symbol to remember the dead. They are a vehicle to bring peace–sleep–to the fallen and vehicle for the rest of us to stay awake.  To remember and honor them.  Taking its structure from the medieval rondeau incorporates the history of land, a Renaissance romance, and a musical cadence that, like an elegy or ode, creates an aporetic space to frame and privilege grief and trauma.  While readings assume this “foe” of whom the fallen solider-narrator speaks is the military enemy, those Central Powers’ forces, perhaps we could re-read this foe as memory: why and how we fight, live, feel dawns and sunsets, love and are loved.  To mark this place, to have faith in the fallen, to fight the good fight is not about taking arms but about how we live our lives.

In Flanders fields the poppies blow
Between the crosses, row on row,
That mark our place; and in the sky
The larks, still bravely singing, fly
Scarce heard amid the guns below.

We are the Dead. Short days ago
We lived, felt dawn, saw sunset glow,
Loved and were loved, and now we lie,
In Flanders fields. Take up our quarrel with the foe:

To you from failing hands we throw
The torch; be yours to hold it high.
If ye break faith with us who die
We shall not sleep, though poppies grow
In Flanders fields. 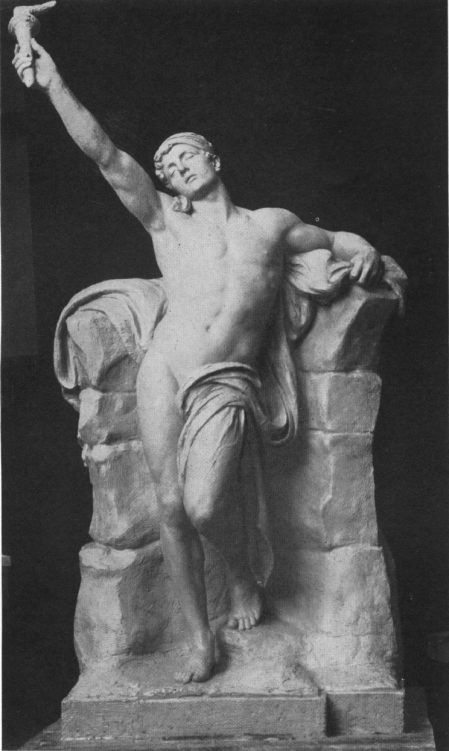 This entry was posted on May 3, 2015 by k.a.wisniewski in Poetry and tagged Poetry, World War I.